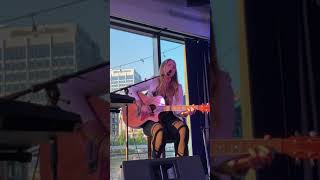 Music in the Time of Corona 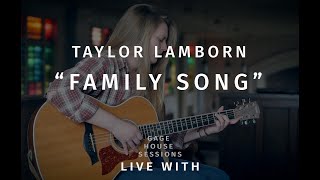 Family Song (Get What You Give)

The Bad Boys of Blues

I don't know if you all have caught on yet, but I love Cleveland, I love Cleveland music, and I am so beside myself that I am part of this community and scene. So appropriately I've gotta share a little tangent on where my head is at this morning as I'm prepping for some studio work, some Indians baseball, and (most importantly) hosting tonight's set with the Bad Boys of Blues.

If you haven't heard yet, Angela Perley just came out with a new album, "4:30" and its got a kickass and very relatable song on it called, "Local Heroes." Coming off of Bocktoberfest and all of the wonderful music Cleveland is putting out right now, it feels so to reflect on the people who made this scene what it is.

Whenever I'm asked who my influences are, the first ones I'm triggered to list aren't the "famous" ones; it's those local heroes. I can go on for hours about the female vocalists who stunned me when I first came on this scene in 2012, (Huge shout out to Mary Bridget, Kristine Jackson, Becky Boyd, Erin Rossi, Rachel Brown... the list is so long).

When it comes down to it, though, my biggest musical influences are the same three guys who have shaped going on 25 years of music here in Cleveland: The Bad Boys of Blues. I've spent years going to their jam nights and it's where I got my chops and forged some of the most important relationships in my life. I have also had the great pleasure of arranging original songs with Mike Barrick, working with Jim Wall on two EPs at his beautiful studio in Parma, and have taken guitar lessons in Michael Bay's famous Tremont Guitar Conservancy. These three men went from idols to mentors to friends. Whenever I get the chance to take the stage with them in the role of a peer, it's truly humbling.

People frequently ask, "After nearly a decade of performing, do you ever get nervous?" The answer to that is almost always an adamant, "No." But sitting here prepping for a host set with these Cleveland icons definitely spins my stomach in a different direction.

Long story short, I'll be taking on Smedley's tonight. The Blues Jam 9-1 with my very own "Local Heroes"

Here's a brief clip from our last host set. Our take Sam Cooke's Bring it on Home to Me.

Huge thanks to MJ Muse for filming the whole night!

Bring your lovin' out to Smeds!